Say what you want about American Psycho‘s Patrick Bateman–but no one can deny the dude is impeccably groomed. Doesn’t this morning routine say it all?

He looks marvelous. There’s nothing to say. He uses an exfoliating gel scrub on his face, different, of course, from his honey almond body scrub he uses on his body. Unfortunately, routines this lengthy aren’t as spectacularly singular as you’d think they’d be for a gentleman in New York City in 2013. Among his love of Oliver Peoples sunglasses, Bottega Veneta leather goods, it’s documented that he dons Jean Paul Gaultier, Valentino and Ferragamo suits. Patrick Bateman would surely be rocking the latter designer’s latest men’s scent, Acqua Essenziale this summer at his Hamptons house while enlightening somebody about the nuances of pop stars’ early careers. 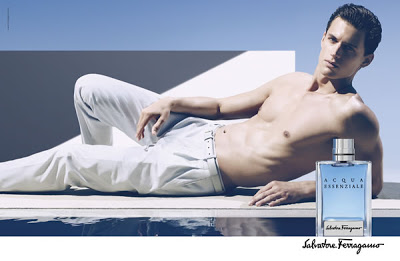 I’d posit Patrick was listening to some Genesis on his way to return some video tapes when a little “In the Air Tonight” came on and he was struck by the dramatic part of the song while shopping at the Ferragamo boutique on Fifth Avenue, spritzed it and was enticed by its notes of mint and lemon leaf,  rosemary, lavender and sea notes with a base of patchouli, vetiver and musk.  It smells masculine and confident, maybe ever so shallow, slightly of mergers and acquisitions, but fresh and incorporates the essence of sea air.