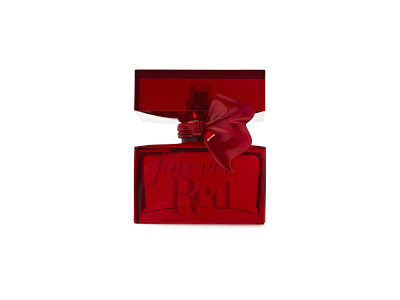 It’s true that Ginny Baker Ryszczyk (Rice Chex) is the most glamorous resident of Shermer, Illinois, but  everyone knows that Weird Science‘s Lisa is its hottest. Lisa is so steamy, she doesn’t even have a last name, which you know is because Garry and Wyatt designed her on a computer and then hacked into a government mainframe for more processing power. Her image prototype was a Barbie doll and it’s pretty much empirical that Kelly LeBrock (A.K.A. Mrs. Steven Seagal) is alternate-universe levels of beautiful in this role.

Lisa’s scent? The sensual yet empowered Forever Red, a new fragrance from Bath & Body Works. It’s intensely feminine yet actually exudes the color red. Check her dramatic entrance aura–that’s no accident that she emerged from a crimson-hued nuclear light haven.

Forever Red was created by legendary Firmenich master perfumers Honorine Blanc and Harry Fremont, who approached its composition through a red lens. “Red is the most inspiring color, and every facet of this fragrance had to have a red connotation. It is to me, the DNA of this fragrance,” explains Fremont. Uniquely “red” ingredients such as Brazilian red pomegraniate, fiery marigold, a rare French red peach (peche de vigne) and Red Osmanthus were incorporated to help the perfume “read” as red. Velvety marshmallow and aged vanilla rum lend this scent a sexy gravitas to its core of power. For Bath and Body Works, this fragrance represents its most expensive and highest fragrance oil concentration.

Bath and Body Works Forever Red retails for $44.50 at bathandbodyworks.com.

Disclaimer: This post was sponsored, but all opinions herein are my own.