I LIVE for the MTV Awards, both Movie and Video Music, which have always perfectly punctuated my summer for me. After all, it’s the night when beauty, music and fashion collide.  The MTV Video Music Awards are coming up on September 6 and I’ve partnered with CoverGirl to bring you the Ultimate VMA coverage before, during and after the show and we’ve got you COVERed! Three years ago, I had the incredible opportunity to cover the MTV Movie Awards courtesy of Venus and this year, I’m partnering with COVERGIRL to serve as their COVERGIRL Beauty Correspondent at the MTV Video Music Awards. To say I’m dying of excitement is like saying the Long Island Medium‘s nails are KIND of lengthy. I’ll be tweeting during the red carpet and the awards show to bring you all the beauty trends we’re seeing straight from the event. 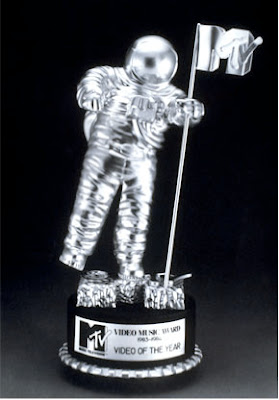 You do recall that this event is the pop culture nexus of the universe, in the parlance of Seinfeld‘s Kramer, who originally used the phrase to describe the intersection of 1st Street and 1st Avenue in New York. This is the event where Britney Spears‘ snake moment happened. Where Beyonce announced she was pregnant with Babyonce (Blue Ivy). Where Madonna writhed on the ground in the ’80s singing “Like A Virgin.” Where the two made out (also with Xtina Aguilera) on stage. Where Kanye West famously (and incredibly rudely) interrupted a very deserving Taylor Swift accepting her moon man a couple years ago. Where Kanye and Jamie Foxx sang Gold Digger for the first time. In other words, THE SHOW IS MAJOR.

Be sure to follow me on Twitter @Glambr, as well as @COVERGIRL for all the details during the MTV Video Music Awards. Like COVERGIRL on Facebook for more videos and information surrounding COVERGIRL at the VMAs.

Talk to you tomorrow!

Disclosure: This post is sponsored by CoverGirl, but all opinions herein are my own.