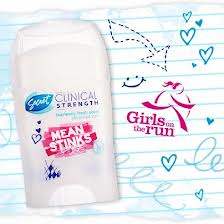 Did you know that more than 30% of female students grades 6-12 were bullied at school or cyberbullied during the 2009 – 2010 school year (report from U.S. Department of Justice)? It’s insane. Even someone as phenomenal as USA gold-medal gymnast Gabby Douglas has dealt with bullying. The “flying squirrel” was called “slave” by incredibly mean-spirited (and horrifyingly bigoted) classmates growing up in Virginia.

The thing that sucks most about bullies is that it takes FOREVER for them to be brought to justice–but rest assured, they always are. It’s so sad that there are children who think that’s the only way to have friends–by creating a veritable cult of personality the likes of a Fascist dictator. Le sigh.

My own bullying story? In 6th grade, there was this girl whose name I would never drop here (Lela). She created a total culture of terror in our middle school class and a group of us were walking on eggshells daily to avoid her wrath. There was zero reason for it. I always remember she would say to me “You think you’re really funny but you’re not.” And even then, I knew she was such a total jerk. I mean, you can say many things to me–but that I’m not funny is just empirically untrue. And I knew it even then. Anywho, by 7th grade, her power had pretty much petered out. And she got knocked up shortly after we graduated from high school and I’m pretty sure she never went to college. She has more children now and seems to have a lovely enough suburban existence, and I’m happy for her. But her life bores the shit out of me. And I’m a paid comedic writer.  Guess other people think I’m funny, Lela.

I only wish brands had the wherewithall in the days of the early ’90s to raise awareness of bullying help try to stamp it out. Here’s what some of my favorite brands are doing to help out now.

Secret Mean Stinks gives girls around the country a Clinical Strength product to help protect against the ‘stink’ caused by wetness and odor while providing a way to ‘stick-up’against what really stinks – BEING MEAN. The brand is encouraging girls to take the Mean Stinks Pinky Swear, complete with blue pinky nails, in a show of peace and solidarity to keep mean out of their group of friends before heading back to school

Secret Mean Stinks Clinical Strength will be available in Fearlessly Fresh scent at drugstores for $8-10.  $1 of every Mean StinksClinical Strength sold will help fund Girls on the Run® girl empowerment programming to help prevent mean behavior before it starts. 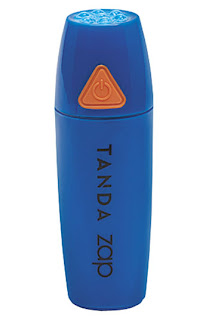 Tanda’s campaign is designed to raise awareness among parents and teens about this epidemic and to empower teens to feel confident and secure in their own skin. Tanda Zap is an acne clearing technology endorsed by leading dermatologists. The brand partnered with the national leading anti-bullying organization STOMP Out Bullying™, a social media awareness campaign and has a limited edition blue Zap device to support the cause. It retails for $49 and is available here.  “Zap Bullying” and pledge support to this social campaign by visiting its Facebook page. “Like” Tanda and then “Vote” to Zap Bullying. Tanda will donate $1 for each Vote to the STOMP Out Bullying™ organization. 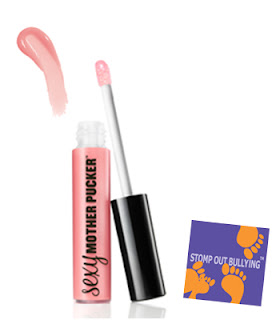 Soap & Glory Pretty Is As Pretty Does

Soap & Glory is one of my favorite beauty ranges and I’m so loving their twist on their campaign. The brand believes that pretty is as pretty does. (Lip gloss can only do so much, ladies.) They’ve launched the Proudmouth campaign to support the leading U.S. anti-bullying program Stomp Out Bullying.
The campaign’s ethos: ”Honor our differences, respect and celebrate our similarities NO MATTER who you are, what you look like, your sexual orientation or your beliefs.” Over the next year, Soap & Glory will donate $1 of everyBaby Doll Sexy Mother Pucker sold to help Stomp Out Bullying and fund additional trained counselors for their No Matter Help Chat Line. Their goal is to raise up to $25,000 for the cause. Buy a Baby Doll Sexy Mother Pucker gloss at sephora.com for $15.

Did you experience bullying as a child? UGH, right? Tell me your bullying story in the comments.

Disclosure: Samples of these products were provided for editorial consideration.