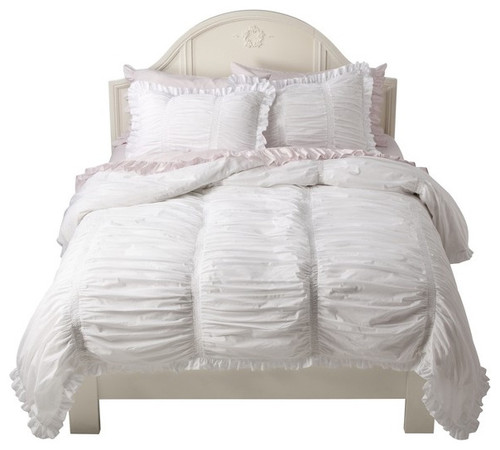 Even though I already have the Anthropologie Cirrus duvet set in grey, the Nimbus duvet set in cocoa AND the Rosette set I really just purchased this Target Cirrus stunt double by Simply Shabby Chic called the Smocked Duvet Set in white. My duvet hoarding tendencies KNOW NO BOUNDS.


But LOOK at it! The set starts at $70 and is totally cute. Clearly I have a bedroom aesthetic and I like to stick to it.

The Simply Shabby Chic Smocked Duvet Set is a great wallet-friendly alternative to the Anthropologie version which starts at $240. It also comes in a cabbage rose version and a light pink iteration. Get it at target.com.