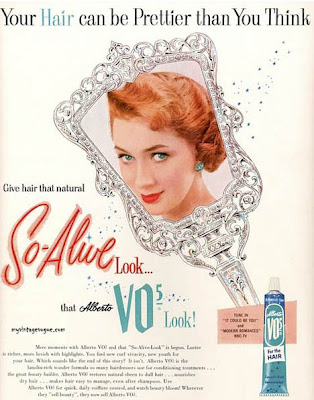 Amazingly, V05 started in 1955 by a chemist and hairdresser Alberto in Culver City, California. Did you know that V05 stands for 5 Vitamin Oils? Originally used to offset the harsh conditions of Hollywood sound stages, the brand has progressed into a hair care suite known for its ability to cleanse and hydrate locks at a wallet-friendly price-point. One of my earliest product forays was the brand’s legendary hot oil treatments, which come in little plastic tubes. My brother and I were constantly fighting over the bathroom, as I spent more than my allotted shower time waiting for my V05 to heat up in a Dixie cup of hot water on the sink for five minutes before hopping in the shower. I’ll review the brand’s hot oil treatment in full in a separate post. In the meantime, let’s talk about my favorite shampoo/conditoner V05 combo, the bargain-priced Herbal Escapes Kiwi Lime Squeeze Clarifying Shampoo and Conditioner. Each sells for ONE DOLLAR. It’s even $.79 at CVS. I KNOW! And it gets better: This stuff rocks the funk.

Remember for a brief stint in the mid-late ’90s, hair care was all about ridding you of build-up? It was pre-flat iron, pre over-addiction to most heat tools (other than perhaps a blow-dryer with a diffuser attachment to maintain your PERM). Hair was SUCH a different story back then. But I digress. Clarifying shampoos were all the rage, intended to be used once a week to remove buildup from styling products. Then, like things that are pH-balanced, they sort of fell out of popularity (but is that a good thing? I say NO). So since I’ve been testing out V05’s clarifying combo, I’ve noticed my blowouts are extended by a good 24 hours. It’s a MUCH-appreciated by-products, as the Viviscal I’ve been taking’s made my hair much healthier and longer, but greasy as all get-out. This stuff cuts the oil, imparts major shine and smells clean in that tangy way that old-school ’90s shampoos used to. Its kiwi/lime/rosemary/lemongrass formula rinses clean for swingy, healthy hair that stays fresh as a daisy longer than your regularly scheduled shampoo. I find my hair is more responsive to products after a good cleansing sesh with this combo.

If your hair’s looking a bit dull or gets oily easily, I recommend integrating it into your hair care regimen on a weekly. V05 is available at drugstores nationwide.

This post is sponsored by V05, but all opinions herein are my own.