Few things inspire me to spring out of bed in the 6:00 hour for an event at 7:30am, but the annual WWD Beauty Biz Awards celebrates the best and brightest in beauty, so it’s a fete near and dear to my vain, perfectly polished heart. This year’s breakfast honored many of my favorite launches of 2011 and multiple touching moments. The most salient of which occurred when William Lauder accepted the Corporate Social Responsibility Award on behalf of his recently deceased mother, grand dame Evelyn Lauder, the room erupted in a standing ovation.  The Awards are also announced in the December issue of Beauty Inc, out to WWD subscribers on Friday.

The 2011 Beauty Inc Awards honorees include: 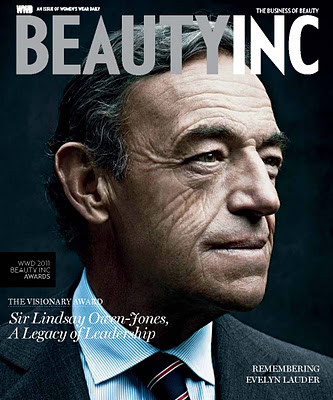 Congrats to the winners!

Read the WWD Beauty Awards story in its entirety on wwd.com.