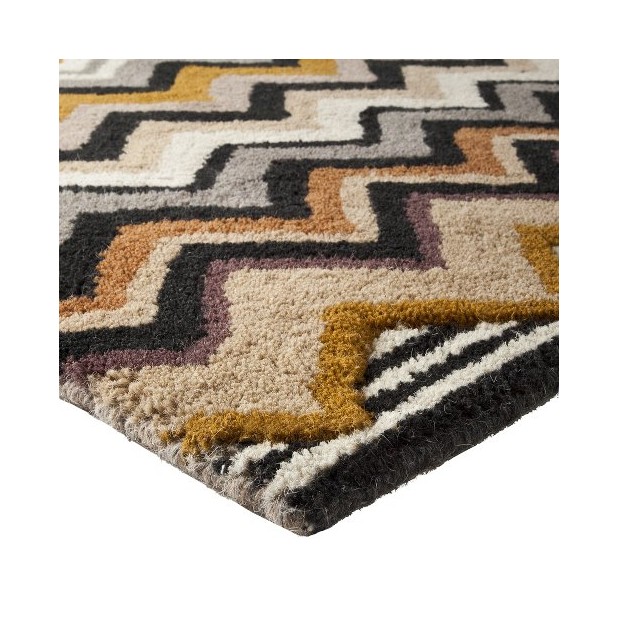 I refreshed the Target.com page all. damn. DAY yesterday. I started to get IRATE at that Target Spud McKenzie and his taunting “Woof” message hour after hour. I did pretty well with the sale; got a bunch of lingerie, home wares and the like. I even deployed Carol to go to the brick and mortar location, where she snagged us some glamazing chevron LUGGAGE. But the thing I want the most is the Missoni for Target Zig Zag Rug, featured above in close-up that I first became enamored of at the preview held at Target’s headquarters a few months ago. I’d been lusting after a red-orange Jonathan Adler herringbone one but THIS one was just SO MUCH BETTER. In the words of The Big Lebowski’s Walter, IT [WOULD] REALLY TIE THE ROOM TOGETHER.

I made the executive decision to get it ON September 13th the exact second the sale went live. But the brand was very cloak and dagger about what TIME that morning one could buy online–and my blessed rug sold out. I heard a rumor that they’re replenishing stock–but until then, I keep woofing it up until it’s back on their virtual shelves (the 5’7′ size).