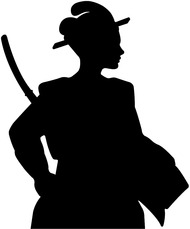 I’d like to thank the Academy, but mostly my gal SS Fair, the Samurai Shopper for giving me a shout-out in today’s The Moment post about Givenchy’s Creative Director Nicolas Degennes. Nicolas, in case you aren’t aware, created Givenchy’s fiercely innovate mascara, Phenomen’eyes.
As we are president and vice president (in the Samurai Shoppper’s words) of his fan club, I totally was thrilled to be included in the piece. AND referred to as a Web celeb.
Read about our Nicolas obsesh in SS’s article.
Like this post? Don’t miss another one!
Subscribe via my RSS feed.