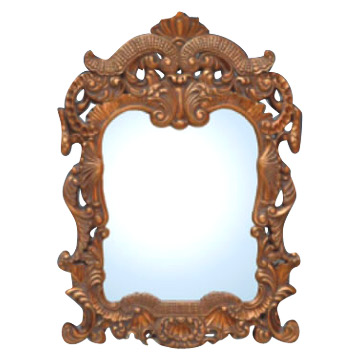 This is a tale of two mirrors, or rather, one pull-out mirror with two sides. One side is a magnifier, the other not. The magnifier, counter-intuitively, is the more pleasing one to view. It seems to enlarge areas of smoothness rather than flaws. Plus, it’s great for tweezing eyebrows and such.

The other I call the mirror of Dorian Gray. For those of you unfamiliar with Oscar Wilde’s only novel, The Picture of Dorian Gray, it’s a dark fable about a young man, obsessed with beauty, who, having made a pact with the devil, manages to remain forever handsome and youthful while his portrait receives the true marks of his aging and debauchery.

Without claiming any such attack on the visage in my looking-glass from anything so dramatic as debauchery, I nevertheless find that every mark of aging shows up with crystalline clarity in my “mirror of Dorian Gray.” It is the go-to mirror for any conceivable flaw that needs correction, and as such, is invaluable. After all, taking a page from the songbook of Frank Sinatra, “If I can make it there, I’ll make it anywhere.” In fact, despite its not infrequent horrors, it tends to be my mirror of choice.

But we’re all so different. I know a WOACA* who is utterly convinced that she is gorgeous. (Trust me, this is far from the case.) Her own daughters roll their eyes and say that they will vie to inherit her mirror! And that begs the question, is it better to see oneself with rose-colored glasses or to see oneself in reality’s stark glare? In the first instance, one risks looking perfectly ridiculous and in the latter, one can easily succumb to deep depression.

I’ve made my choice, for now, at least. What about you?

*Woman Of A Certain Age