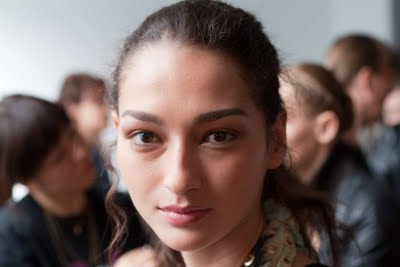 “Spring Clean” was the inspiration behind the makeup at VPL. Working with designer Victoria Bartlett, Maybelline Makeup Artist Charlotte Willer composed a look that was based on the nudity of 14th century diagrams. The end result: a look that was barely there. 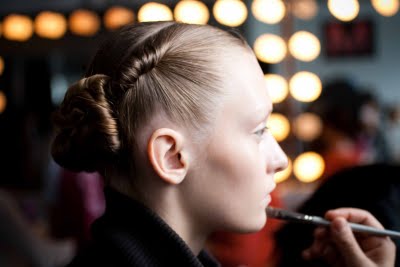 Willer used Maybelline Mineral Power Illuminator on the models faces to give them a naturally radiant glow. She chose to give them some “lip” in the eye area using a lip gloss as a cream shadow. It was all peachy with Maybelline ColorSensational Lip Color in Park Avenue Peach.

Priti Nail Polish glossed up the models nails with a peachy tone. Priti owner Kim De Mato worked with Bartlett to come up with a color that complemented the collection.

As if being a model didn’t already have its perks, models at this show were treated to complimentary facial treatments. Facial expert Eileen Harcourt administered oxygen facials using Clarasonic’s new Mia Sonic Skin Care System paired with organic cleansers and moisturizers. As one model put it, “the experience was like a natural high.”

Talk about an added boost. 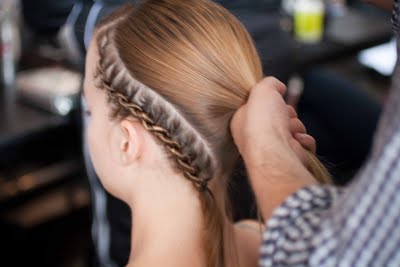