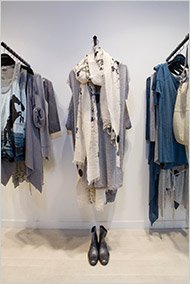 One $75 T-shirt bore the word ARTIST across the chest in a bold glitter font. Now, any artist I know who’s worth his salt would print the shirt himself if it cost more than $22 — and it would never say ARTIST. It might say JANITOR, or IDIOT, or possibly HOOKER. But wearing a $75 T-shirt that says ARTIST suggests that the most artistic thing about the wearer is the T-shirt itself, much as you know that anyone who actually uses the word “classy” probably isn’t. Even if they could afford it, real artists wouldn’t wear such redundancies, any more than raccoons would buy themselves $75 T-shirts that say RACCOON.
–Cintra Wilson

I can’t tell you how many times I’ve said that about the word “classy.” It’s the same thing with people announcing they’re funny. If you have to say it… you aren’t.

Click here to read the article in its entirety.