posted in Cold and Flu, Don't Need No Credit Card To Ride This Train Week, Splash on January 27, 2009 by amberkatz
SHARE
Tweet 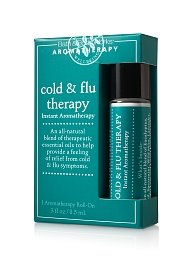 First of all. I need to disclose that it is 100% NOT coming together today. Last night Jim and I had a “mentor program” meeting (where I mentor him about beauty/grooming blogging) that began at Lucy’s of Gramercy and ended 15 cocktails later at Splash‘s weekly Musical Monday party. Let me describe the scene. One MILLION fabulous gays. A handful of girls. An enormous screen featuring vignettes of the gayest musical numbers. I adore it. Liza Minelli in Caberet. Judy Garland in anything. Pippin numbers. The Sound of Music. So Jim was somehow getting coupons for buy-one-get-one-free drinks from the scantily clad bartender (bartenders at Splash simply wear UNDERPANTS) who is ACTUALLY the brother of the dude from The Gong Show. I also found out that Jim has been to Studio 54 AND was once on the receiving end of a drink from THE Steve Rubell. Can you even? (I can’t.) But I digress, Sophia Petrillo style.

I learned today about Cold & Flu Instant Aromatherapy from Bath & Body Works ($10, buy 2 for $15! This kicks it UNDER the $10 mark for DNNCCTRTT Week!). Today was exactly one day too late. Just launched this month, this product is an all-natural blend of Eucalyptus, Basil, Spearmint, Wild Mint, Lavender, Cedar Leaf and Laurel essential oils to provide relief from cold and flu symptoms.

Now, it’s absolutely intended for those who are sick not because of their own stupidity. But do you not think that this stuff would be a DREAM to have on hand when, say, you thought it was a good idea to order your 10th vodka soda from the drag queen waitress while singing “Memories” from Cats at the top of your lungs circa 10pm on a Monday? I’m just saying, it’s a small comfort that would have been nice to have at the ready along with my Ginger Ale this morning on my rougher-than-ush subway commute.