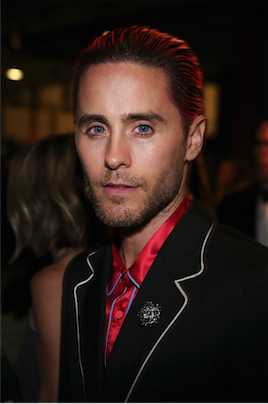 Everyone’s favorite ’90s icon, actor/musician Jared Leto is the new face of Gucci Guilty. And a collective ’90s-era adolescents swoon over the still-visible Jordan Catalano essence that will no doubt be showcased in these creatives. Jared will star in the new fragrance campaign shot in Venice. Next August, he will star in the highly anticipated release of Warner Bros.’Suicide Squad, bringing the legendary Joker back to the big screen.