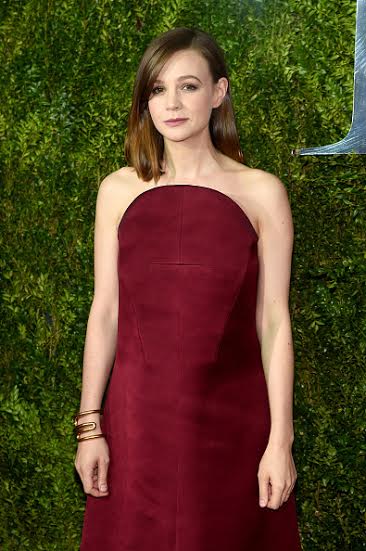 Georgie started by using Giorgio Armani Maestro Foundation to even out Carey’s skin tone and create a flawless base. Then, she powdered her skin on the high points of the face with Giorgio Armani Loose Powder in 0.

The eyes were Georgie’s focus for Carey’s look, she started with Giorgio Armani Eye Tint in #9 on the lid very close to inner eye only. Then, Eisdell used Giorgio Armani’s Eye & Brow Maestro in 4 on the lid blending it up on the crease to create a smokiness to the eye and then bringing the color under the eye to finish it off.  “Carey has great brows, I wanted to enhance them so I used Giorgio Armani Eye & Brow Maestro in 02 extending slightly to further open the eye and create a little drama,” says Eisdell. Then to finish and open up the eyes, Georgie applied two coats of Giorgio Armani Black Ecstasy Mascara to finish.