Official Mascara Correspondent test-drives IT Cosmetics Tightline Full Lash Length Primer ($24), one of my go-to mascaras for my lower lashes. However, as a primer, it doesn’t quite hit the mark for Ashleigh. Here, her review. 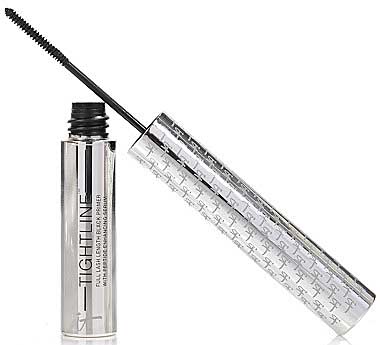 I have very fair lashes so I was excited at the concept of a product that would prime and tightline (line into the waterline of the upper lashes) on its own. While this isn’t “technically” a mascara I was stoked to give it a whirl.

With the thinnest mascara wand I’ve ever seen (even more slim than Maybelline Lash Discovery, and that’s saying a lot!) the spiraled bristles are very shallow and don’t appear to hold a lot of product. When I go in for my first application, I was instantly frustrated that there wasn’t any transfer of the product onto my lashes. I dug the wand into the well of product and attempted another go. There was a small amount of build-up and the roots but there was no tightlining happening. Understanding this is a primer, I applied my everyday mascara to the one eye that was “primed” and the other that wasn’t. There was literally no difference between the two. So strike one, no tightlining. Strike two, no priming. Since these two are their claims to fame, I’m not sure I need a strike three for me not to recommend you buy this baby. Cute idea, bad delivery. —Ashleigh Ciucci

1 Comment → Not Quite A Mascara: IT Cosmetics Tightline Full Lash Length Primer