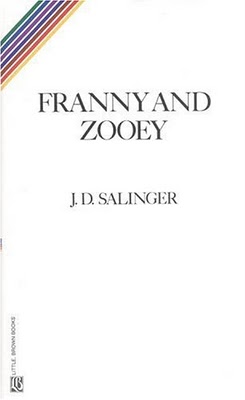 J.D. Salinger died last week at the age of 91 and it feels as though an era has ended. Now and then I’d think of him, famously secluded in the tiny town of Cornish, New Hampshire, and wonder about his life there. Yet I didn’t realize how much he meant to me until he passed away.

Like countless other adolescents, I had adored The Catcher in the Rye and later, devoured Franny and Zooey, Nine Stories, Raise High the Roofbeam Carpenters and Seymour, an Introduction. His voice was thrillingly original: hilarious and tender, theatrical and intimate, scathing and dear, sacred and profane and piercingly accurate, sometimes simultaneously.

But I was angry with him. I had read the memoirs of Joyce Maynard, his brief, much younger, lover, and of his daughter, Margaret Salinger and felt betrayed. His self-absorption, hypocrisy, and even, at times, callous cruelty were exposed. It was painful to read–another idol fallen. As in the case of Tolstoy, it seems that the greater the sensitivity of the writer, the harder to forgive his personal transgressions.

Still, I find myself saddened by his death. A great writer is gone, and with him, that unique perception of the world. In the February 8 issue of The New Yorker there are poignant reminiscences of him and his writing, terrific accounts of how affecting he was to other writers.

In reading these, a certain balance was restored to my view of him and I am glad for that.