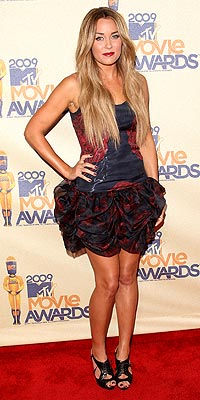 I hope you caught my red carpet commentary. Here are the results:

I had a PHENOM time on the red carpet reporting a “legs” edition of the red carpet sponsored by Gillette Venus! Rob Hoffman from Step Up 2 wins the Nicest Guy on the Red Carpet Award. He stopped by and told me about his fave products (Cetaphil cleanser and moisturizer and KMS hair paste). He was a total DOLL. Zac Efron was also super sweet and even gave the crazy girls in the Universal parking lot behind the press area of the red carpet (who literally ripped the shrubbery apart so they could catch a glipse of the stars) a shout-out! Peter Facinelli did, as well. Tyrese even leaned through the press line to touch their hands. It doesn’t get more darling than that!

Ryan Reynolds just looked at me and I’m DEAD.

Leighton Meester’s scandalous stems are totes killing it. Her butt is showing one cheek though.

Hayden Panetierre is “stem”ulating the crowd in her black mini!

Lianne Rimes not gambitious in her mermaid gown.

Lil Mama’s good leg tip is be natural, then shake what your mama gave you!

Hope you enjoyed my special “legs” edition commentary! I’m currently on Virgin America (blogging from the sky once again!) on my way back to good old NYC. I’ll report back soon with more photos from the red carpet!
Image credit: people.com
Like this post? Don’t miss another one!
Subscribe via my RSS feed.