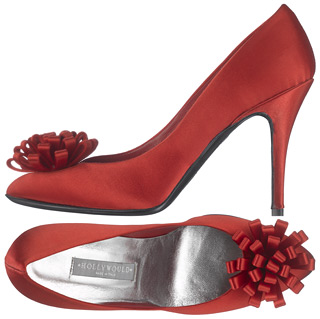 Boys always hate this about me, but I’m kind of a fairweather Philadelphia and Boston (and occasionally New York) sports teams fan. There are a couple of exceptions: I ALWAYS adore the 76ers and the Red Sox. But the other teams are more fluid. The dynamic works for me until two of my cities’ teams are playing EACH OTHER, such as in the Superbowl in 2005. I had a mage internal conflict about whether to root for the Eagles or the Patriots. Totes difficult for me. I ended up rooting for the Eagles because I feel loyalty to Philadelphia as I’ve lived there the majority of my lifestyle. Even though the Patriots’ win post 9/11 at the 2002 Superbowl was kind of epic.
In 1993, I was in 7th grade when the Phillies were last in the World Series. My dad somehow scored my fam AMAZING tickets at the now defunct Veterans Stadium where we watched the Phils play the Blue Jays from RIGHT behind home plate. I think it was my first baseball game and I was deva when they ended up losing. As you probably know (or maybe you don’t, since this probably isn’t a typical forum for sports fans), Philadelphia hasn’t basked in the glory of a major win since the 76ers won the N.B.A. title in 1983. I’m so ready for a Philly victory and to support the team, I’ve compiled a list of my fave Phillies-red items of late:
CHANEL Nail Colour in Dazzling ($20)
A gorge persimmon shade that gives me the CHILLS, it’s so pretty. It’s ridic long-lasting as well. My nails are currently rocking it and have been since last Thursday – with only minimal chipping.
Hollywould Cherry Pamela Pump (Pictured, $395)
These shoes. are. to die. They say, “Welcome to my holiday party,” n’est-ce pas? They’re made in Italy and come with their own pom poms. A shoe which acts as your own personal cheerleader. Can you even? I can’t.

UPDATE: My cousin Jonathan informed me those Phils seats were given to us by my dad’s (and my, but you know how it’s confusing when your parents’ cousins are your cousins, even though they’re older than your parents?) cousin Phil (so the Phils tickets were given to us by Phil!). AND it’s possible that the Red Sox could be playing the Phillies in the World Series. I mean… can’t they consider my needs?? That would be the worst internal conflict of all time!