From the Totalbeauty.com/AOL/Stylelist.com FW Kickoff Party: 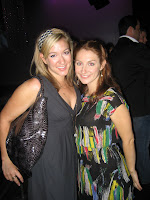 Marina and I. I’m rocking my new Sondra Roberts Cut-Out Satchel purse. Click here for more info on this divine purse designer and to get 20% off your own! 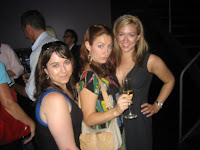 Dina, Marina and I. 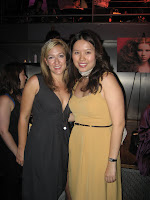 Also, I managed to partake in a soap opera-style plot whilst waiting in the world’s longest line to make my own Havaiana flip flops by getting “Philly” on several jerks who tried to cut me in line, fell in love with the security guy working the line whom I only know as Russell W, per his nametag, got the deets on the new Thierry Mugler relaunch of Angel featuring Naomi Watts in their new commercial, and got “facemapped” by Dermalogica. More on all of that tomorrow. BT dubs, tomorrow, I’m doing the following: